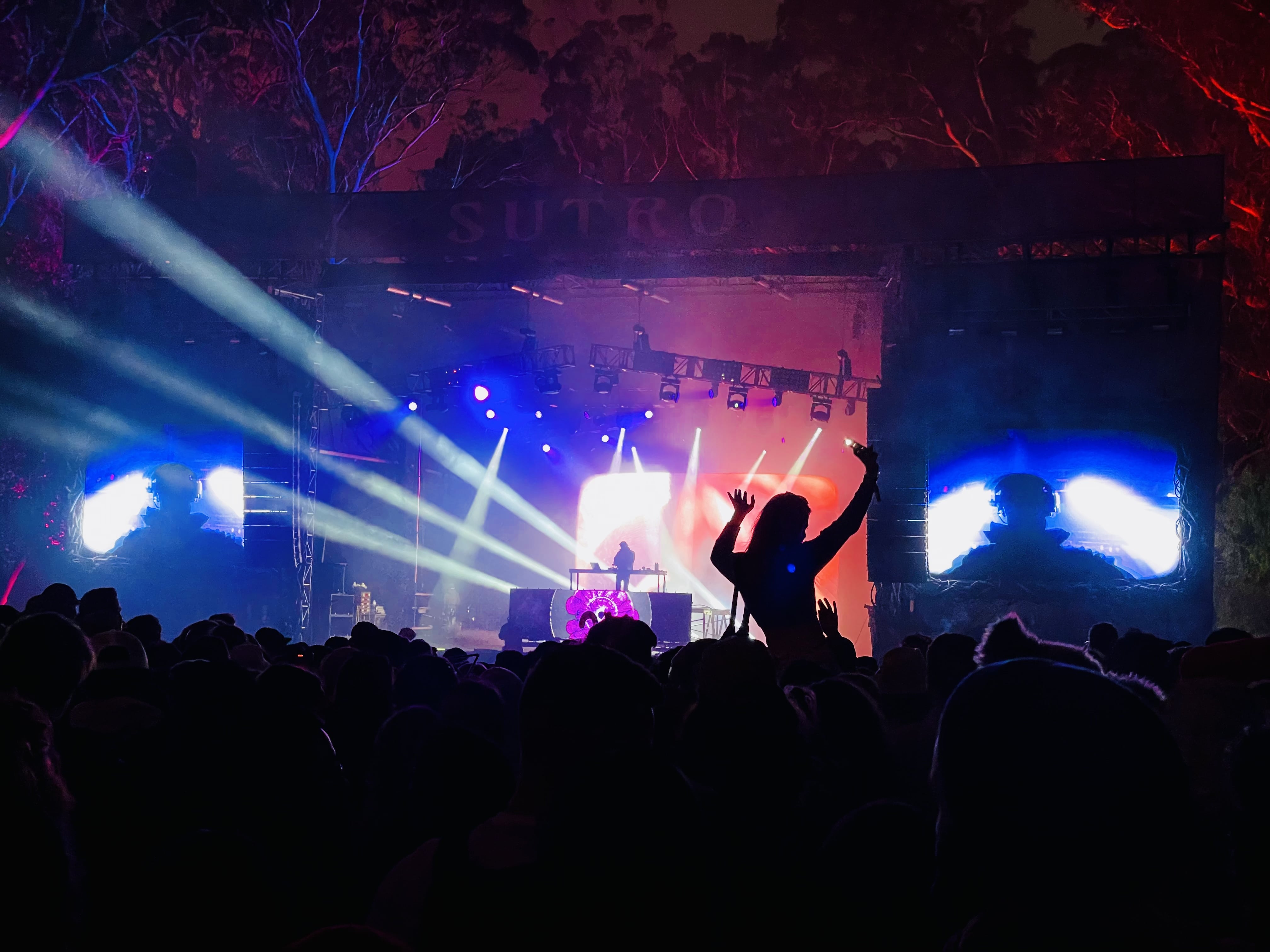 This weekend I saw Kaytranada live at Outside Lands, which is a music festival in Golden Gate Park, San Francisco. Last year’s festival was canceleld because of COVID, and this was my first time seeing Kaytranada live, so you can imagine the anticipation :-)

I’m going to describe what I felt and saw as best as I can. I took a low dose shrooms and ended up having one of the happiest, emotionally dense moments of my life. The point of this is to focus on the imagery and analogies as much as possible, since that’s what I remember most. As much of a trope doing drugs at a music festival is, I really want to write about it and share! (This is also my first time publicly talking about recreational psychedelics use.)

Warning: This was my 6th time taking psilocybin, and I’ve used LSD 4 times before. These were some of the most meaningful experiences I’ve had, but they’re extremely powerful substances so please use them at your own risk.

Before reading, I recommend putting on this track (which Kaytranada played and is one of my all time favs):

Some details of the trip:

I took 0.75g of psilocybin chocolate and smoked some weed at the same time. I also think I have especially strong reactions to hallucinogens, so don’t expect to necessarily have similar effects based on the dose alone. I was coming up for about 1.5 hours and peaked for 20-30 minutes.

The biggest takeaway was that I didn’t know it was even possible to experience this much happiness in a single moment. It was like, an emotional singularity. And for some reason despite this being a relatively low dose and tripping ~9 times before, this was the most intense.

The performance was emotionally dense. There was just a lot of it there in a small amount of space and time. My bubble of friends dancing was the physical container for my emotions to live in, and the space in between us was our collective happiness stew that was brewing over the hour.

I’m not using density purely to explain “it was a lot of happiness at once.” It was heavy. The happiness had a palpable physical presence around me. At some points it felt like I was breathing in happiness particles. Not like dust or something I had to cough up, but some gas or elementary particle-- like a photon. When the sun peaks out from behind the clouds, you can feel it all over your skin and it coats the landscape. The music was just like that, but instead of photons, the crowd was awash in happitrons. Billions and billions of happitrons rushed toward me with every beat, propogating through the air, riding along the musical jet stream from the stage straight into my body.

I cannot overstate the importance of the physical descriptions here. Instead of my emotions just living through abstract descriptions and associative memories, they had presence and physical properties. My happiness itself had just as much of a place in the real world as I did.

Every part of my body- from my arms, to my legs, and into my hands and fingers, was filled up by the moment. And by moment, I mean everything: the presence of my friends around me, the happiness, the beat, and my own thoughts. The moment itself was a substance, and the happiness I described earlier was only one part of it. 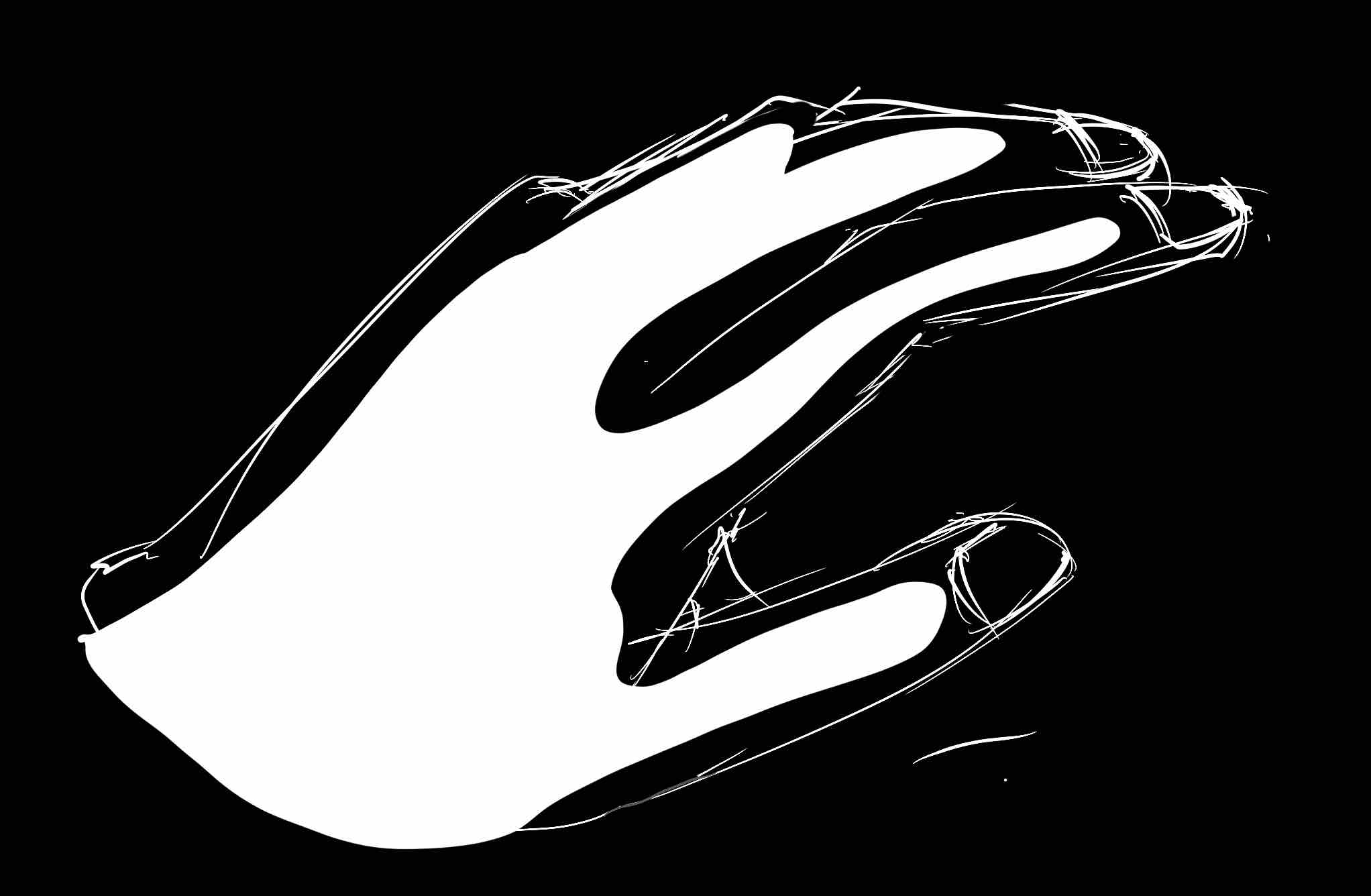 The moment was the connecting, conductive material between me and the ground. The substance of the moment was filling up my body from the ground up. And it was doing this for everyone around me, too. It was our connective tissue. The crowd and the music, together, were a huge musical mycellium 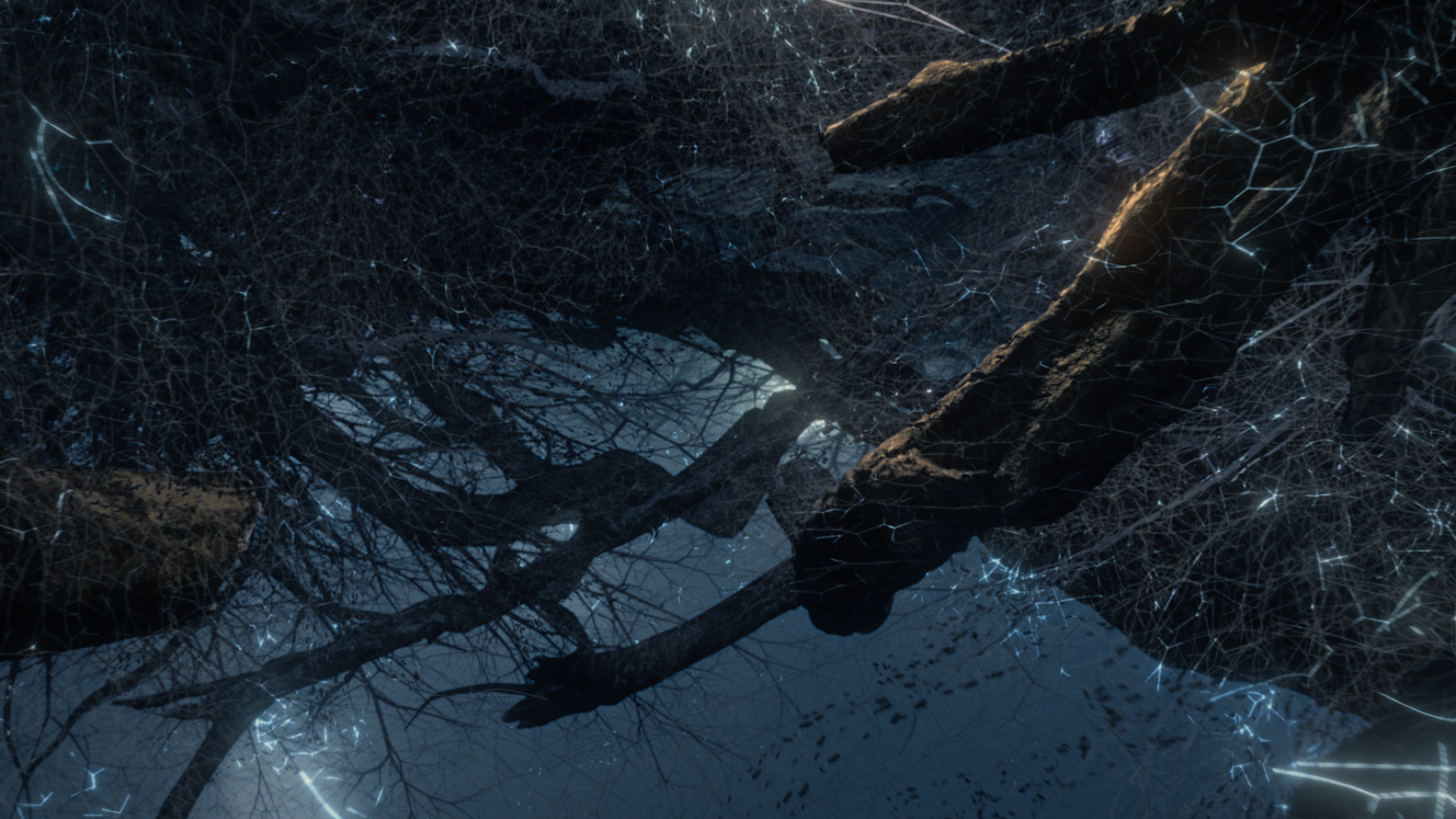 Limbs of the beat

The beat was pumping through the ground and it needed something to escape through. I realized that was my job. It was my responsibility to let the music out. I needed to dance in order to let the beat out of the ground! I felt so honored that the music chose me to release it. And when I looked around me, I realized we were all just limbs of the beat sprouting from the ground, swaying back and forth in unison like a field of grass in the wind.

A rainbow in my brain!

At this point, the visuals were starting to get pretty strong, especially when I closed my eyes. I remember turning to my friend in complete amazement and just said, “there’s a rainbow in my brain!” I could feel and see this branching, tree-like, rainbow structure filling up every crevice inside my mind. It had a central point in the middle of my skull, and all the colors were radiating outwards. 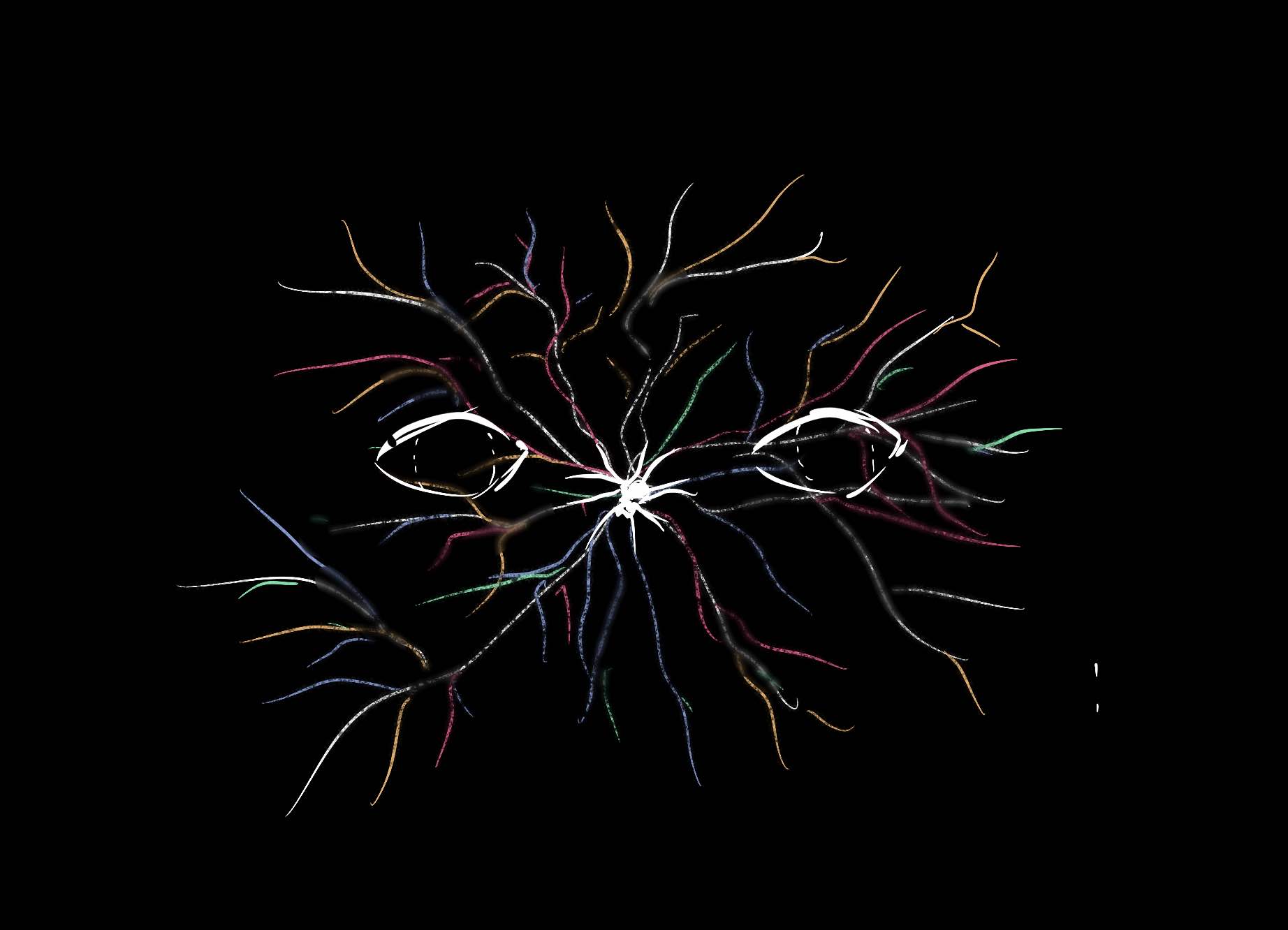 These rainbow networks were pulsing inside of my head to the beat of the music. I had this overwhelming realization that the psilocybin basically opened the floodgates to my brain, priming my nervous system to accept as much external input as possible. I felt like my senses were normally small straws that I used to sip up the world around me. But in that moment, they became 10 foot wide industrial pipes that were pouring the concert straight into my head.

Towards the end of the set, I realized how much I loved our group. We were a squad! I felt invincible with my friend group, like going to the festival was a team sport, and I loved everyone there. Someone started walking through us trying to get out, and I immediately turned around and said “no weakness in the squad!! squad strength!!!”

I was determined to keep the squad together. Some random people around us joined in on the squad and we formed a pact to make sure nobody else would get in between us. The squad was unstoppable!

The squad strength carried us through the night. As the set ended, we realized we were already late for the next show we wanted to see. One of my friends just started running towards the other stage, and suddenly our squad blob was transformed into a squad worm weaving through the crowd. I was being pulled along a train of excitement, and my legs were suddenly running on autopilot like they were on actual rails.

Just as we were about to exit Kaytranada’s stage, he began playing another song, and we immediately stopped in our tracks and started dancing again in a circle. Squad strength! After that I started exclusively referring to the festival as the “everywhere party” because we could literally go anywhere in the park and it was a fuckin party!

I also had this sense that everyone in the park was actually one organism, like this huge amorphous flock of birds navigating through the park, shifting in and out of different performances.

Once we got to the next performance, I started to come down a bit, and I mainly just felt really thankful that I got to share that moment with some of my best friends, and it was perfect. There was nothing I would’ve done differently :)

Normally, when people describe drug-induced experiences like this, it usually comes with an asterisk at the end that says: “and then I was depressed for days after.” Writing this on the Monday after the festival, sure, I’m not feeling amazing, but that’s mainly because my back hurts. I’m still shocked that this trip went so well, but I’m optimistic that I can and will feel this way again-- both with and without psilocybin.

Whatever we decide to measure units of happiness in, it feels appropraite that “bliss” is the maximum amount of happiness you can experience per unit of time. I was in bliss! Especially since I had just come off of a few months of burnout from work and personal projects, this was a pure moment of unadulterated positivity. Just me, the squad, and trillions of happitrons, all together 😌